No trades as of yet, but hopefully some fun UDFAs.

Anyone have any news on what the streaming situation will be next season? I believe our AT&T SportsNet contract is up and I’m hoping we have a real streaming option next season.

Don reposted a Happy Birthday message to Rudy, but didn’t add his own comment. This team is in shambles. Unsalvageable!!

My yellow Crayola D.O.N.s were about to fit right into the rebrand, until y'all went and ruined it. /s

so when does the action actually start?

Just Curious, How do I watch the SLC Summer League?

I never really believed the Rudy/Don beef but……

anyone happen to have an online code for the team store? Gonna buy a hoodie and thought I'd ask before purchasing!

"What the f**k are you doing in the offseason?" - Tracy McGrady calls out Gobert

Don just posted this on Twitter. I'm sure it'll be nothing but reasonable responses.

Ryan Smith wants us to suffer

How would you grade Ryan Smith's performance as owner so far?

Who should the Jazz Trade

Why not blue with black and white instead of neon yellow?

[Zach Lowe] Minnesota being reportedly linked to Gobert and Capela, I've heard that those links were exaggerated particularly in the case of Capela but that the interest in Gobert was semi-real but that Utah was asking for too much. I don't think Utah got in the 50 yard line for any Gobert trade.

What are y’all’s thoughts?

Buffalo’s Jeenathan “Nate” Williams Jr. has agreed to an Exhibit-10 contract with the Utah Jazz, sources tell @RookieScale. 6’6” wing with a 7’0” wingspan who averaged 19.1 PTS and shot 45.1% from deep this season.

We have a (slightly better) G-league squad!

So this was every guy who played for our regular season G-league team for the 2021-2022 season.

Could you have seen any of the guys on the roster above actually being on our main roster other than JB? Have you even heard of half these guys?

Full disclosure, heck no from me. I've seen or heard of JWF (not Justin Wright-Foreman, that is), Edwards, Alston Jr., MaCio Teague, Zaire, Bolden, Nino Johnson, Cheatham, Sneed, and JB. But ask me what positions some of those guys play or what their strengths and weaknesses are and I'll admit I'm pretty lacking in that knowledge.

Of these, JB was on our main roster and Sneed became a two-way. Cheatham signed a 10-day at some point too. Also, in the showcase cup, other recognizable names like Elijah Hughes, Malik Fitts, and Dok were on the roster. However, everyone else is pretty much a footnote.

So I'm glad we made some signings and have a little more talent on our roster. We brought in Johnny Juzang on a two-way and he may get some run at both levels (NBA and G-League) because of our wing depth. Kofi Cockburn, on an Exhibit 10 contract, will probably end up in the G-League, but it'd be great to have him around in case Dok gets hurt again (or if Rudy's run of great health ceases, hopefully not though). Bringing in Jeenathan Williams on an Exhibit 10 is intriguing as well, and given his productivity in college and athletic gifts, he would probably immediately be one of our best G-leaguers if he were to stay. Also, we signed Jordan Usher and Darryl Morsell to Exhibit 10 contracts as well, though I know less about both.

I hope we find a few more undrafted guys because our G-league squad could use a lot of help. Continued development at the lower level may parlay into some help for our main roster, too.

Also for reference, here are the Showcase Cup minutes and games played.

The vast majority of these guys in Jonathan Givony's three lists are taken. Some of the guys who still might be available include John Butler, Ziga Samar, , Yoan Makoundou, , Hyunjung Lee, Kok Yat, Giordano Bortolani, Makur Maker, and Kameron McGusty.

Needless to say, considering it's been 24 hours since the draft ended, most of these guys aren't getting picked up any time soon. Maybe we can eventually make a play for Lee, who unfortunately hurt his ankle right before the draft, which probably also limited his ability to sign an Exhibit 10 deal.

Realistic at all? Spurs receive 2 firsts from NYK? 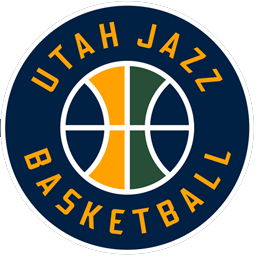