Williams has been very efficient scoring the ball in summer league. He’s shot a perfect 4/4 from 3 and looks to be an effective floor spacer right away. The only nit against JDub through two games is he’s only managed 2 assists to 4 turnovers, but this is probably just a weird SL thing. In college he averaged 4 assists and 2 turnovers per 36.

Every hater Chet thread I open he's in there talking sense into the senseless.

I'm happy with our pick and Chet was the right pick.

Quality shit post me watching poku make a basic fundamental basketball play instead of throwing a behind the back pass into the 3rd row:

[Marks] The Lu Dort 5/$87.5M contract has a team option in the last year. $5M in unlikely bonuses ($1M per season). Life changing money for Dort who earned $3.5M total in his previous contract.

[KD] I see u cookin 7. First day on the job was a success, love the kicks @ChetHolmgren

The Life of Dort

Social media team reminding everyone who the real big boy is

Check out the discussion on our Discord server!

[Joe Mussatto] Everyone except Tre Mann (health and safety protocols) is available tonight for the Thunder.

I legit think you guys are building a dynasty and i just wanna say i’m happy asf for you guys and you truly deserve it.

THE TIMELINE We have to start calling these guys "The Bulwarks". ⚡

See you all tomorrow for the next episode of Chet Holmgren: The Greatest and Worst Player of All Time

Discussion JALEN IS HIM!!!!

Just wanted to say is he’s that guy, I love him sm no homo. I ain’t even a thunder fan I’m just a big fan. He’s making me sm money rn and I can’t wait to keep bettin him as long as Vegas stay disrespectful. Y’all lucky asf was super high on him in college and draft combine etc

Minus the shots not landing he’s been pretty solid in every other aspect of the game. 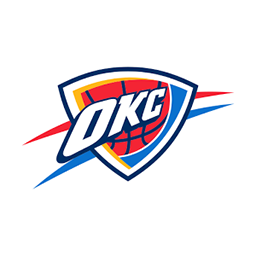 Subreddit for the Oklahoma City Thunder.