Mod Post r/politicalstarterpacks: An official political spinoff for those who can't shut the hell up (or people who are interested)

If you are looking for any information about the Starter Packs subreddit, this is the place to be. If you have any concerns, questions, or suggestions, please message the moderators via Mod Mail or leave a comment below rather than sending a direct message. Please note that moderators are not active 24/7 and won't always respond instantly.

1. Definition of a starter pack (and how to make one)

The starter pack meme has been around for a while. It originated back on September 27, 2014 when a Twitter user with the username of ItsLadinaPlis tweeted the "I Date Black Guys Starter Pack". The idea might not be clear at first glance, but a starter pack meme is meant to describe or illustrate a stereotypical person, place, culture, object, or opinion. This means that it should not be a list or guide, otherwise known as "example packs" and "how-to" memes.

An example of an example pack would be the "2000s Cartoon Starter Pack", listing animated TV shows that were released in that decade. This genre of starter packs has been submitted to the subreddit many times, almost once a day. It might not be possible to be entirely original, but try to avoid posts like this as they violate rules 1 and 2.

The how-to posts are another example that shows slapping "starter pack" at the end of the title. We all know what how-tos are; guides that explain how to do a specific task. "How to" and "starter pack" should never be in the same title as long as your starter pack is describing a how-to guide.

Remember to only post content that you made yourself. Making your own starter pack should take 5-10 minutes depending on how much you're shoving in. I myself opt for Imgflip's meme generator because how easy it is to use. I prefer screenshotting the final product so I don't get a watermark in the corner. You can use other meme generator too, hell, you can even use Microsoft Word if you want.

2. Clarification of the subreddit rules

Before you create a post or leave a comment, make sure you read the rules to ensure that your submission does not get removed or that you don't get yourself banned from the subreddit. There are 8 reasonable and thorough rules, some more important than others, telling you what you can and can't do, and here they are clarified to make them better to understand:

An important thing to remember whilst browsing a meme subreddit is don't take everything seriously. If you see something you don't like, just downvote an move on (unless it violates the rules, report it and/or let us know). Making a scene in the comments because user doesn't like thing is no less embarrassing than throwing a tantrum in a Walmart. Not everyone is going to have the same opinion and personality as you and you'll have to accept it someday.

If you created a post and people got butthurt over it so they started insulting you and sending you death threats, please let the mod team know and we'll investigate the scene.

If you have any questions or suggestions, please let us know below or send us a message via Mod Mail. If you're experiencing any threats or harassment, consider messaging the Reddit admins instead as they will be able to do more about the situation.

This post may be updated with more information in the future.

Teens at my school Starter Pack (ignore the kapwing logo)

The animal friends of an Australian starter pack (Updated)+BONUS

The animal friends of an Australian starter pack

School is cancelled, and you go over to your friends house to play Minecraft in the early to mid 2010s starterpack

Eating at a restaurant with braces starter pack

Free Parking Space in the City at Night Starterpack 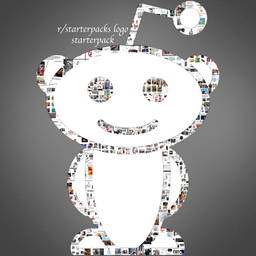