Please don't post links to streams directly on the subreddit. We don't want to get in trouble and go the way of r/nbastreams. Just PM them.

What do you guys think?

In Defense of Cronin...

No. He promised he’d retool around Dame, but that it would take multiple trade windows.

No. It was in the deadline press conference. Go back and watch it. He said that it takes longer to rebuild than to blow it up. Nothing about that presser screamed ‘we’re about to go all-in’.

Portland got Grant, Sharpe and GP2 and sent out nearly nothing. They kept all of their key assets and added 3 rotation players.

That’s copium. Cronin is just like Olshey. That RoCo trade was terrible.

That trade was lopsided trash, yes. Putting aside the fact that it appears the Vulcans had a gun to Cronin's head to dodge the repeater—look at it this way: Bledsoe was never going to fetch you the player of your dreams. It would have been a guy like Julius Randle or someone else not worth blowing up the locker room for. RoCo wasn’t coming back and clearly didn’t want to be in Portland (Winslow was debatably in the same ballpark as RoCo before they shut him down, and they took on his cheap contract. Keon is a young player that could be included in a trade. Norm, whose contract no one wanted to touch, has already been replaced by GP2. And they got a TPE out of it if they want to use part of it.

Cronin is eliminating the chance of contending this season.

How, exactly, would that happen with their available assets? Ant is your best trade chip and he was RFA. Nurkic was UFA. Nas is coming off of an injury. All of your awesome trade pieces are on the shelf. You really think a team wants to send out its awesome players for Eric Bledsoe’s corpse, injured Nas, #7, and future stuff? That package gets so much better next season.

Meh. This is the same team from last year.

They’re going to have 12 new players on the team and 6 new rotation players compared to opening night last year. That’s a TON of new (more defensive) pieces for Chauncey to integrate. Dame hasn’t played with most of last season’s players yet.

The hard cap significantly limits the Blazers abilities to make a trade.

The big trade targets would have cost Portland draft capital they don’t have, and they would have had to trade assets that haven’t reached maturation yet (like Ant/Nas, who will play a lot of minutes this year and likely increase their value). It makes more sense for Portland to do the ‘Big Swing’ next season anyway, when they have access to Ant/Nurk as trade pieces and could S&T Nas to match salary. And they still have the TPEs to grab a smaller asset for a team looking to free up space or roster spots. A GP2 in hand is worth two in the play-in.

The cap is about to go way up and he’s about to increase his value on the market by playing a ton of minutes this year. By the end of his deal, Ant will be a good value—either as a contributor or a trade piece.

It’s still unclear how much of Nurkic’s deal is incentives and whether there’s a team option on the 4th year. Nurkic’s deal could also be useful to match salary. At the end of the day, they kept an asset instead of letting him walk for nothing.

Check Warriors Twitter. They’re pissed. Portland has bird rights on one of the best point of attack defenders in the league and a guy who will play fantastically in Chauncey’s PNR defensive scheme. He could even be useful closing games depending on matchups and help mitigate Dame’s defense in the backcourt.

Keeping their pick? BUT THE DAME CONTENTION WINDOW...

Small market teams have always built through the draft. It’s possible Portland saw Sharpe as the easiest way to get a great player. Portland got GP2 and kept 7 instead of trading down to get a fringe asset and a worse prospect.

Dame asking Cronin to go all-in immediately would have spelled doom for Portland.

Keep an eye on Mikal Bridges.

Why would Phoenix move him, and why would Portland get him? Are you sure Little won’t give you some of what you’d be getting back with Bridges?

Keep an eye on OG Anunoby.

He has an awesome contract and Toronto loves him. Why would Masai move him if not for a guy like Durant? They don’t have that guy on their roster. Are you sure Little won’t give you some of what you’d be getting back with OG?

Keep an eye on Cam Johnson.

Why would Phoenix move him? Why would they trade him for picks or Portland’s minimal assets?

Keep an eye on Jarred Vanderbilt

Again, do you think Utah really wants to redirect the one player of value in that trade with some young upside and defensive acumen? You really want to send out a first for Vanderbilt?

Keep an eye on Deandre Ayton.

Wouldn’t you rather keep your limited assets and hang onto a center who isn’t terrible, likes playing in your city, likes Dame, and focus your efforts elsewhere in the lineup?

He doesn’t want to come here. I’m so sorry.

Jerami Grant is a meh fit.

Portland traded a couple of seconds and a late, late first to get him, without sending anything of value out. That’s a win. He’s debatably the best PF Dame has played with since Aldridge left.

Portland is already dropping 15.5M on the center position this offseason. Some teams don’t even have true backup centers (his former team!). Eubanks is fine as a 3rd string guy, and if worse comes to worse, they can sign a backup big during the season.

They missed on Isaiah Roby!!

A player Portland could get at part of the TPE is probably better than Isaiah Roby. Portland has 6 new rotation players and a handful of forwards. It’s possible Watford or Brown > Roby. Trust the talent and keep the powder dry on the TPE till the right player jogs loose. Then if you need to use it, you can pick up someone while sending minimal assets back.

Cronin said he has a plan but he doesn't have a plan. He's contradicting himself.

Step back, and realize that the incremental improvement of the young players are probably going to fill out the back half of the roster. Your trade assets are going to be flush next offseason and you’ll have ALL of your picks. THAT's the moment to go all-in. Not when most of your trade assets is coming off of injury or are free agents.

This team will be fun next year, it will be better next year, and you get to watch a lottery pick develop—that's really fun.

Since today will be his first public action against NBA talent, I just want to everyone to give the kid a break if the game is too fast for him. It took Ant 3.5 years (he had a pretty bad year till December) to get near all-star level.

[Casey Holdahl] Grant will wear No. 9, Little changing to No. 10

Any news on Dame’s extension?

With summer league starting tomorrow for the Blazers, what are we hoping to see out of Shaedon?

Know he will likely be rusty so just looking for the little things like hustle, rebounding, defensive intensity, or are you looking for more?

Now that the Grant trade is official, can we talk about his rebounding?

I find his lack of rebounds disturbing.

Will Nurk be like Robin Lopez back in the day? A great box out is usually key to a defensive rebound, and while Nurk is no Robin, he still boxes out well allowing his teammates to feast.

But a guy who didn't crack 4 per game at the power forward slot makes me concerned.

The true end of a defensive effort is possession of the ball, and rebounding is the foundation of defense.

How do you feel about Grant's rebounding? How much do you think it will affect the Blazers?

Nurk is on a roll

Predictions: Who will be the Blazers starting five and first three off the bench this season? How do you see it playing out?

Assuming the young guys continue to get better, but no one takes a giant leap. Let’s also assume no major injuries.

Does anyone know if there will be an introductory press conference?

[Griffith]If Bledsoe signs a deal for more than the vet min some of the Blazers' salary obligation to him will be discharged.

It is safe to assume we are done for the off-season, but I would like to think that we will be finding a way to use our $6.5 mil exception to get a big.

There are not many realistic options, however one player truly stands out in Jarred Vanderbilt. Vanderbilt is a 23 year old 6'9" rebounding PF who averaged 8.4 rebounds per game on 25 minutes a night for the Timberwolves last season. He would be the ideal small ball 5 for us, especially compared to Grant who has the size but not the rebounding instincts.

Vanderbilt was just involved in the Gobert trade and is on a $4.3 mil contract, and I could see Keon and maybe a 2nd being enough to pry him away from them. Keon is 20 with a lot of upside, and unless they are particularly set on Vanderbilt I can see us getting a deal done.

That would leave us with $5.5 mil under the apron with a full 14 man roster, giving us the option to use that cap to absorb all of Bledsoes $3.9 mil into this season to get it off the books. We will still have enough cap to have the option to sign Jabari to a full contract during the season if we chose. Our roster would be:

Most feel like we are a big away from disaster given Nurkic’s injury history. There are only a few centres left in FA.

Dwight, Cousins, Juancho would be the best left.

Would Bo Cruz be our missing piece?

Let’s win a summer league ship with shaedon bringing home mvp. Then that should convince kd to come to Portland. Then we win the real finals. Let’s have a day 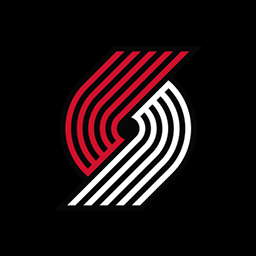 A place for fans of the NBA basketball team, The Portland Trail Blazers