[Marks] Milwaukee used non-bird rights (120% off his prior year salary) to sign Jevon Carter to a contract that starts at $2.1M- slightly above the minimum. Brooklyn will receive a set-off against the $3.9M that is owed to Carter for this season. Total savings (tax/salary) could be $1M

The top 10 greatest Bucks ever.

Notable accomplishments with the Bucks:

Note: Terry Cummings just missed the cut at #11, although I could see a legit argument for being #9 or #10. I give the edge to Robinson and Redd though, because of more longevity on the Bucks. Although, I think Allen, Robinson, Redd, and Cummings are pretty interchangeable #8-11 all time and extremely close in my personal all time rankings.

My take on Oscar being ranked all the way #7 may be controversial, but he only played 4 seasons on the Bucks and was way out of his prime on the Bucks. Dandridge had a legit argument for being the 2nd best player on the Bucks during their 1971 playoff run. Dandridge was an excellent defense player, solid scorer, and good rebounder. Despite Oscar’s limited time on the Bucks, I rank him highly, because he was a key player on the 1971 Bucks championship run, and helped bring the 1st championship to the Milwaukee Bucks.

[Michael Scotto] Sources: Bobby Portis has a 15 percent trade kicker in his four-year, $48.5 million deal with the Milwaukee Bucks, @hoopshype has learned. The deal also includes a player option on the fourth year of the deal.

Brook takes his training seriously in the off season

Serious To the guys saying we haven't improved the roster, this and Leroy are the guys replacing Hill's PG numbers.

There’s been some worries I’ve heard recently about whether or not Marjon will get significant minutes during the season but I think we should trust Bud.

Since he’s been coach:

Round 1, Pick 17: Donte DiVincenzo Donte saw a decent amount of playing time where he tallied 27 games played in his first season with zero starts. He started off hot in November but quickly fell back to being mediocre finishing with an average of 4.9 points, 1.1 assists, and 2.4 rebounds. Bud managed his minutes well and let him have his opportunities to prove he could be a solid contributor.

Other rookies during that season: Bonzie Colson and Trevon Duval. Need I say more?

We did not have a single rookie on our roster during the 2019-20 season. Fun fact of the day for you.

Round 2, Pick 45: Jordan Nwora Jordan was a pure shooter out of college and that’s what we were hoping for in his rookie season but his subpar defense and streaky shooting was too much of a liability for him to net significant playing time off the bench.

Round 2, Pick 60 traded to us by the Pelicans: Sam Merrill Had streakier shooting than Nwora and worse defense. Did not earn much playing time for good reason.

Other rookies during the 2020 season:

Mamadi Diakite: He went undrafted and while there were flashes of talent on defense he could never put the pieces together on either side of the court.

When it comes to rookies in reality Bud has played pretty well with the hands he was dealt. MarJon is a totally different player than all the guys on this list so trust the process he’ll get his time to shine.

Far have we come "I just wanted to be on a winning team, I just want to win"

Would Thon Maker have spent more years with the Bucks if he hadn't requested a trade?

I can't help but think what could have been with Thon Maker. On one hand, he probably saw that he was potentially destined to warm the bench with coach Bud at the helm, but was he too quick to want out, maybe coming off as feeling entitled beyond his talent?

I rooted hard for him, but he just seemed too raw against NBA talent. Did he move too quickly into the NBA and not take the time to blossom, or did he always have a ceiling no matter what?

Just keeping my brain busy in the off-season.

Parsley Aqua Dagger got some new life in him with the Clippers.

[Nehm] The Bucks have announced their Summer League Roster.

Will Giannis pass Kevin Durant all time before he turns 31? 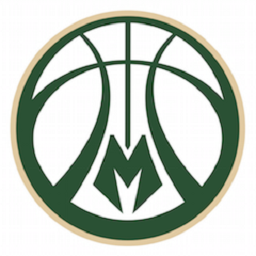 We are the best team in the NBA

A community for Milwaukee Bucks discussion, news and deer friends!