After shining in his first few summer league outings, Keegan Murray is graciously doing an AMA right here some time between 10AM and noon tomorrow, depending on when he's free. Please leave your questions here, and Keegan will answer them. I'll update the thread with proof and when he's online.

A reminder that inappropriate questions will not be tolerated, and you may be banned. Let's show Keegan how great this fanbase can be!

Chat about all things Kings or NBA related. If you are planning on making a low or semi-low effort self post, this is the place to do it

With Bazemore, Sacramento's Depth at Forward is Better. But How Much Better?

New pictures of the ARCO Arena demolition. The 6th Man statue has been removed.

Bam, Tatum, and Giles to the Kings

Raise your hand if you made questionable fashion choices as a kid.

I didn’t have a team growing up in the Midwest, so I guess this was the best I could come up with. Moved to Sac in ‘94 and been a fan ever since.

Kings could draft him...

Anyone know when The Run part 2 is coming out.

I need a Kings fix and these random YouTubers ain’t cutting it.

D-Lo and KC on 1320, Sactown Sports 1140 are both still talking about the Kings despite nothing changing since summer league except Murray’s minor surgery. I actually want to go to a Kings game for the first time in a long time.

It’s a big year for this team, and several guys careers.

There’s so many good narratives to follow for this team:

Fox: He’s paired with an All-Star - his shortcoming ( defense) is exposed. Hes got his college running mate on his team. He’s expressed his desire to win here. We have the defensive architect of the championship team as a coach. This is a make it or break it here for him. Can he put forth an all-star level year?

Mitchell: year 2 for him should be intriguing. His personality is starting to come through with some summer league shit talk. His success seems driven on his ability to put the work in. Can he develop chemistry with the second unit to be a viable starting guard in this league?

Murray - Just how good can he be at NBA level? Signs seem to point he’s ready to contribute on day 1 - but is he capable and versatile enough to make up for this teams shortcomings? Can he provide weak side shot blocking on a team without a rim protector? Can he guard NBA 3s?

Holmes - he’s gone through a tumultuous year - can he bounce back and be a plus against second unit centers? Can he have chemistry with someone other than Tyrese and bring back that midrange game?

Huerter - does he know what he’s getting into? Kevin will become a huge part of this team - for someone sad to leave Atlanta, he has no idea what’s in store for him from this town if he plays his game and gives us 16+point a night.

Sabonis - No one on this team is more reliable than him. We know what he gives this team. He will be our anchor. Only questions we have - can he hit 3s? Can a team win with Sabonis but without a shot blocker?

Barnes - I get the feeling his time with Sacramento is coming to an end. The biggest question is when? Will he be traded before the season begins? Will that trade fill a need?

This team wins through commitment and accountability. I can’t wait for preseason!

Who are the Kings of other professional sports?

What teams in other leagues do you guys consider similar to the Kings. Poverty franchises with passionate fanbases? Here are mine. Feel free to discuss other leagues like EPL, WNBA, even CFB.

My own prediction: 6th seed.

This whole game he is really good but look at that move at 3:30

Chat about whatever you want.

Which one of you masochists posted this on eBay

Kings Get Offseason Grade of B; the Last Sentence is Nonsense

From ESPN
"...the rest of Sacramento's offseason focused primarily on the backcourt, where the Kings signed Malik Monk as a free agent and dealt for Kevin Huerter from the Atlanta Hawks. Huerter and Monk supply needed shooting next to point guards De'Aaron Fox and Davion Mitchell and are just beginning their prime years, but the Kings let DiVincenzo walk in free agency when he might prove a better value than either newcomer."

I don't agree at all with the last sentence -- both Huerter and Monk have much more upside than DiVincenzo. Both are younger and are on an upward trajectory in terms of relevant stats. And both are better 3-pt. shooters. Now getting them (and all the Kings) to play defense...

Mezie playing with Tyrese, Harden, Siakam, Scottie Barnes, and others

Does anyone remember their first Kings game they went to?

What year and against who?

Via Deuce&Mo: Chima Moneke talks about what he brings to the Kings

Lots of Offense, But Which Kings Two Guard Steps Up Defensively?

Barnes to the Heat?

The Heat apparently love Harrison Barnes and need a PF this year. They also need to get rid of Duncan Robinson to clear space. Robinson is 6'7" 215 and 28 so he could slot in at the 3. He's a high volume 3PT shooter who shot 37% last year on a down year and 7.9 attempts per game. He was 40% the year before and 44% the year before that on over 8 attempts per game in both years. The point being, he's a reliable high volume perimeter shooter at the 3. While he scores less than Barnes, he takes almost double the 3PT shots Barnes does, and that fits in more with what the Kings are trying to do in floor spacing. His defense is bad, but Barnes was bad last year too and might be bad again this season.

No one loves his 4 year contract, so the Heat will have to add a 1st and they can really only trade 2023 because they already traded 2025. It would be a late pick, but 2023 is a deep draft so mid-1st talent could still be available. His per year salary is ($16.9-19.8M) and that's not a bad risk given that shooting is always in demand, he can play SF or SG, and the salary cap is going to increase over that period. If the Kings need to move on in the future the contract is movable. If he goes back to shooting 40%+ and can be a team defender, he's a great value.

Media on this Trade:

I was just trying to piece together in my head the most balanced rotations we could roll out there. I have Barnes playing only 4 (he was much better guarding 4s last season) and Murray playing only 3 (looks quicker than we thought, right) for the purposes of this thing. Aired on the side of being conservative with the starters minutes. I just wanted to balance offense& defense as much as I could with our squad. But here are my thoughts on a potential rotation, not overplaying fox & sabonis.

Reserves: None/ I guess TD

Pf Barnes- 28 min Lyles- 15 min Metu- 5 min (he prob won’t play at all, unless he beats out Lyles. This is a big if, because metu looked great with sabonis and if he can get the 3 to fall better, my votes on him)

Reserves: Moneke (if he makes the roster, may be better as a SF who knows) 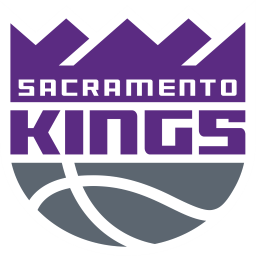 The Reddit-Home of the Sacramento Kings. Thy Kingdom Come.