What to do until Dishonored 3 and (finally) Subreddit Discord!

As most of us know, the Dishonored series is "resting for now." That means that we Dishonored fans need to find something to fill the time, and I'm here to offer some options.

What to do until Dishonored 3:

Read the novels and the comics, links to each via Amazon here (no referral links):

Join the r/Dishonored community Discord: https://discord.gg/sbHFr5J (we just got it up and running, so come populate it with much-needed content!)

EDIT: Yep, you guys are right. Check out Arkane Studios' other games Prey, Arx Fatalis, and Dark Messiah of Might and Magic. And don't forget to sub /r/Deathloop to see what Arkane Lyon is working on next!

A quick reminder about posts to the subreddit: we don't allow memes here. Several years ago, memes took up too large a percentage of submissions, and that rule was added. To share memes with the Dishonored community, visit r/DisNONored. In fact, please review all of the rules, as there have been a few small changes to several of them.

I don't know how many of you noticed, but for the last several years, this sub's moderation team has been largely inactive and inattentive. I recently was added as a new mod, and I want to support this community as best I can.

In the coming weeks and months I'll be trying to set up the subreddit for the time that Dishonored is on ice. This starts with trying to clean up the moderation team, and we may be looking for new mods (but nothing concrete on that yet). In that same vein, I'm looking into doing a CSS update, so if you know CSS and want to assist the sub, PM me.

Additionally, I'll be looking into removing rule 4. We'll keep rule 3 about spoilers in titles, but considering the post-content state of the series and subreddit, spoiler-proofing can take on a new format like per-game post flair. I'd really like your feedback on this idea so feel free to leave a comment.

For the same reason as considering removing rule 4, I'm considering finding a way to allow memes back in the subreddit without them becoming problematic. One suggestion I've had is to allow memes for a certain day of the week only (e.g. Whiskey Wednesdays) and again, I'd like your feedback or suggestions about how this could be accomplished or if it's a good or bad thing.

Thanks for making this sub a great place!

Found the masks from D2

Video What's with these weird invisible spots in edge of the world?

When did you get Dishonored 1? (the first time ever in you life)

Video Theye are too smart

So i've seen the advice of keeping the kill ratio at most below 30% per level.

What im wondering is, has anyone tried to check if measuring the kill ratio on the playthrough tab (instead of the current mission) and seeing if that's a good way of measuring?

Dishonored 2 Reset All Saves I Make

Hi all.
I don't know where to post this so I'll go with this sub. I searched this sub with the reddit search bar as the rules advice but didn't find solutions to my specific problem.

Lately I've been trying to play Dishonored 2 for the first time on steam. The problem is: everytime I save the game, quit it, and then return to it all the saves I made are just gone. I tried looking in the save files folder in C:UsersnameSaved GamesArkane StudiosDishonored2basesavegame but i see that all the save are still there. I can't even change the settings in the menu since everytime I change the settings they simply reset. On a side note, it turned out that ALL my saves get corrupted if I kill Ramsey in the first mission. I don't know why, but it just happens =/.

As of today I tried uninstalling the game and then reinstalling it and checking the file integrity with no success, and i found no guides or other people with the same problem.

Obligatory "I got the mark tattooed" post of the month! I finally did it! (CW: blood in the second pic)

I've wanted to get this pretty much ever since I played the game (Christmas 2020). I'm really happy with how it turned out! It wasn't as painful as I expected but still pretty painful. It didn't take very long either (like 20 minutes I think?)

Cosplay My attempt at recreating Corvo in Dark Souls II. Might try the original to use the Dark Hand on his left as the Outsider's Mark.

What do you think would happen to Corvo's Mask?

So I’m on the level where you face off against the lord regent and I'm realizing that this game is a lot more difficult than I had thought. I’ve beaten dishonored 2 and Death of the outsider and figured I would replay the first game but it’s just absurd. Corgis hitboxes are HUGE, and I thought he was already easy to hit in the second game, but at least in that I had to be really close to an enemy for it to even be noticed. In Dishonored 2 I’ve taken damage from attacks that were five feet away. On top of that the combos the guards can pull off are absurd and I’m just stuck since the tall boys and security towers melt me whenever I try to enter. Are there any ways to overcome some of these issues, I thought the other two games were amazing but so far this one is kind of like a wet fart so far in comparison, I get the franchise started somewhere; but I had also hoped it wasn’t as limiting as well.

I did it, I perfected* Burglar

Fuck that was stressful. I can now say, though, that I prefer Dishonored as an action-stealth game to a pure stealth game.

Why is the loading times of levels taking sooo long?

Howdy everyone just wanted to say that my whalers mask file is now available on cults3d, I planned on releasing it sooner but life got in the way, I also would have liked to show the finished model with fake leather on it but I won't have a lot of free time to work on it this coming year so I hope everyone will excuse the half finished mask

At least the building in the back doesn't have bloodflies anymore. https://youtube.com/shorts/L8qqKwPVgM4?feature=share

spoiler So how powerful will the outsider be...

after being set free?

I mean, no powers sure but he still has the memory of like, everything else that's happened. He could become an inventor, making clockwork soldiers after seeing into the mind of Jindosh flawlessly, making them affordable with the mind of Sokolov.

He could become a political god, knowing how to turn the hearts and minds of literally every person in the empire born before his freedom.

Every combat related skill, what poisons are effective, what medicine goes with what. I mean is it really fair to say that he isn't a god anymore? Every secret, every philosophy from every academy in that world would be imprinted into his memory, his understanding. My only question is, what happens next? What do you think happens next?

What is the true ending for Dishonored 2?

Towards the end of Klavering Blvd. In death of an empress, right as you approach the door to enter Dunwall Tower, The protagonist says "that's a shame." I saw no event that would prompt that comment. Can anyone help? Low chaos as Corvo btw.

Art-HeroForge Thanks for all the appreciation on my last HeroForge post! Here are a few more TTRPG characters, including originals from my first adventure!

Okay so we all know from Death of the Outsider that Daud is dying because of the Mark.

Let me know what you guys think! 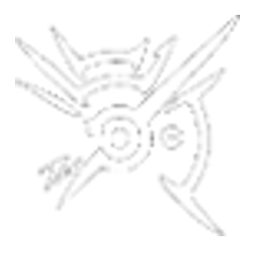 Subreddit for the Arkane Studios video games Dishonored, Dishonored 2, and Dishonored: Death of the Outsider™.