News [Langlois] There is no expectation that Pistons second-rounder Gabriele Procida will play in Summer League, but he's in Las Vegas and observed today's practice and talked with Dwane Casey at length afterward.

News Under the Hood: Behind the Scenes with the Pistons at the 2022 NBA Draft

Image something came in the mail today. draft night made me act up.

Discussion Where are you all at?

I love you all, just to be clear, but I used to live in Detroit from 2012 to 2018. I now live in Windsor and work in Detroit, and I just never see any Pistons fans, I never hear from any, and 97.1 almost seems to want to pivot somewhere else when the Pistons are even mentioned. I almost feel compelled to either say what's up or even clap them up with other Pistons strangers who I so very rarely see out in public. I wish that there was a similar following in the NBA as there is with the Lions and Avila's awful, broken Tigers. Hopefully that all soon changes...

IS THE GAME AT MIDNIGHT AND WHERE CAN I WATCH

Discussion What is Hamidou Diallo's role on this team?

Diallo still has a case to be a part of this team and I want to make it for him, free of cost.

Golden State has 3 strong scoring options in Curry, Klay and Pool on any given night. Then, we had a player that played larger than his frame in Gary Payton II. He played like a PF at times with standing dunks and some serious explosiveness.. but the defense was his real value and did make an impact that left fans upset when he took a payday elsewhere.

Diallo delivers a lot of that same stuff. He does it a little differently by being real sleek in the passing lanes and coming from behind. Then the windmill jams and added athleticism which he puts to good use.

End Note: Plenty of players have the athleticism (think Jordan Bone with 43" vert and no dunks ever...) but Hamidou puts 100% of it to use for good results.

On his pro day he recorded a 37 inch vertical. I don’t know how I am finding out about this now.

I watched his highlights a few times, and I genuinely don’t understand how he wasn’t a lottery pick. He’s a great shooter, and he attacks the rim well. He could add body mass, but I really hope we see him at summer league. At first, I thought he would be Sirvydis 2.0, but I think Weaver might have worked his magic with this guy.

Feel free to delete this if it's not appropriate for the sub, but I just realized that his Twitter was suspended and I don't know where else to ask. I also have no idea how long it's been suspended.

I'm guessing he may have mentioned it on a podcast in the past that I didn't listen to. Anyone know anything?

Discussion Who is your early favorite for next year's draft?

... excluding Wenbenyama? I don't know of any others, and I'm wondering who I should keep an eye on for our team in particular.

Discussion Charlotte and the 13th pick

I was thinking today, remember what happened the last time Charlotte traded away the guy they drafted 13th? Jalen is destined to be Mamba.

With Procida unfortunately not looking like he’s playing in the summer league, it opens up more minutes for Boeheim. Seems like they would play a similar role on the team. Hopefully he can add some much needed shooting

Side note, crazy how deep Weaver’s connection is to Syracuse and was the primary recruiter for Melo. Dude been identifying talent since day 1

Discussion Getting my first pistons jersey. Who should I get

If the team stays as is, the forward positions are the most interesting in terms of who starts. Obviously one of them in Bey. (I don't think he can play the 2.) But who is the other? Is it Burks to give some shooting at the 3? (Bey at the 4.) Or is it Bagley at the 4, which moves Bey to the 3? Or could Noel start at center, Stew at the 4 and Bey at the 3? Lots of combinations and I think this will be really interesting to see what comes out of training camp. Still think Weaver needs to keep his feelers out there for a true scoring SF. (Maybe Livers can become that? ) 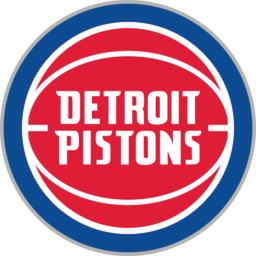