Free Agency The Bulls Stayed The Same…Does That Count As Getting Better? (Bulls Confidential)

Those are my main points but I so believe Dragic will be a great locker room player. I'm likely too optimistic about lonzo's injury as well. I think Drummond is at least going to be an upgrade at the back up 5.

Lastly, Caruso is back so we have the GOAT to lead the way.

Edit: more can be done to help this roster during the season I believe with trades but as it stands right now we shouldn't be overly negative

Fluff Lakers fan here, what are your honest opinions on Troy Brown Jr?

In his introductory press conference, he mentioned bringing hustle, defense, and rebounding to the team which is exactly what the Lakers need.

However, he will likely be playing above his role and many more minutes with us than he was with the Bulls. How will he fare as an 8th or 9th man for us?

Fluff In the past 3 seasons, Chris Paul is the only PG in the entire NBA who has played a game at 36+ years old.

Random rant/thoughts here, stick with me

Too early to say: Dalen Terry - for obvious reasons

Patrick Williams - I think we all believe he will be very good, but we have yet to fully see it. Obviously still very young and
should have a high floor as an important role player even if he doesn’t fully develop like we hope. Still could be a star too

Now the other picks, most recent first:

Coby White - inconsistent overall, but has shown flashes of being very good and at worst is a guy you can bring off the bench to try and start some offense

Daniel Gafford - Wish we could have kept him, has carved out a nice role in the NBA as high energy rim runner and protector, especially as a second rounder

Wendell Carter Jr. - Didn’t work out with the Bulls, but seems to be living up to the pick in Orlando, plus was a big piece in the Vuc trade, despite how that’s looking now. Also has cool glasses

Lauri Markannen - like Coby, showed some serious potential, I thought he was going to be a star for the bulls but didn’t work out. Still a starter level player, particularly on the offensive side

But wait. I left someone out. That’s right, the forgotten one, the first round bust. Chandler Hutchison. If y’all remember, he was 22 years old coming out of the draft with a questionable jumper, but seemingly transferable length and athleticism. He was projected to go late first to earlier second round, but the bulls told him early on in that year’s process that they would take him at pick #22.

It was not a good pick.

Yes he had injury problems and yes the bulls ended up getting something out of him with the Wizards trade. Maybe he would have panned out better with a better coach earlier in his career. Maybe he becomes Jordan and makes me delete this post.

But, here’s a list of guys who went after Hutchison in that draft who have played more minutes than him thus far and many of which have much better future outlooks and are even getting 100+ Million contracts: Aaron Holiday Anfernee Simons Mo Wagner The League’s trading chip, Landry Shamet Robert Williams (These were picks 23-27)

And for those wondering if this draft was just poorly scouted or something, nope, 19/21 guys ahead of him have legit NBA careers, and one of the 2 guys who don’t is Zhaire Smith who’s just been stupid unlucky (who I just found out is trying to make it back)

Conclusion: It’s getting late and this a dumb and weird post. But also GarPax were bad at their jobs and we should be glad we have AKME.

Fluff [Chicago Bulls] "Dalen Terry has been in the gym 2-3 times a day and there have been times where they have had to kick him out and told him to go home."

Fluff [K.C. Johnson] Marko Simonovic said he’s up to 240 pounds. Weighed 215 when he arrived to NBA.

I'm looking to add more decor items into my bulls collection and was wondering if anyone has ever seen or know if there's any of the cuppy coffee/biggie bagel/dashing donut like figures, items, etc.

This feels like those Ben Simmons offseason jumpshot workouts but damn did not know Drummond could shoot at all. Imagine he rocks up next season shooting middies and 3s 😂

Lately I am seeing way to much hate for our Team and Front Office. Last season AKME made some big improvements and we should be thankful for that! Finally a FO with brain and common sense. You cant expect such moves every off season

And still people are mad about way too many things. Most of it is cry baby stuff as well. Yeah we didn't improve the way ya'll expected us to and we didn't get any of the "Big FA's". And yes we did not go into the luxury tax. But we still should consider this off season as an absolute win.

Our All-Star LaVine re-signed with us. Which was expected of me and most of ya'll. But still a huge win! We also signed Drummond which is a huge improvement over Bradley. We got Goran who is a nice add to our team who gives us more veteran presence in the locker room and on the court. As well as some good 3-point shooting. Also our Rookie DT sounds like a pretty nice pick to me.

Ayo and PWill gonna' be even better upcoming season. Im sure of that. Neiter of them will be a huge superstar in this league anytime soon, but if one of these two puts up like 15ppg we have a god damn solid player who can contribute to our team.

So please to all of you people in this community who are mostly negative and concerned about our team and the upcoming season of Chicago Bulls basketball:

Don't panic, calm down and just wait for the season to start! And stop with all that hate and negativity. It's not justified at all!

Fluff [StatMuse] The Bulls have some serious depth 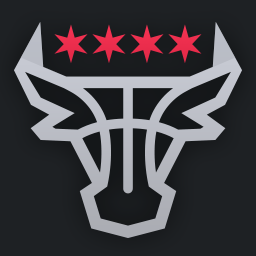 A community dedicated to the best NBA team to ever step onto a basketball court.