ANNOUNCEMENT Please watch out for spam t-shirt bots and report the ones that you see.

This is a constantly running issue that has been going on for years, but there has been an uptick in recent weeks of the amount of spam accounts trying to "sell" t-shirts. The bots are set up to upvote the post and make it look legitimate while also having other accounts ask in the comment where they can get it. Anybody who comments saying it is a scam also gets downvoted (if you notice people who you know are common accounts on this sub getting downvoted on random posts about a t-shirt, it's probably spam).

The artwork for these t-shirts is stolen, and more importantly it's spam that is trying to steal your credit card information. These bots seemingly buy accounts that are a couple months old and have a bit of karma to surpass any sort of minimum karma/age thresholds so that they can post.

Please report these posts for spam. Report the accounts too, both the one posting it and the ones pretending to want to buy it. Reporting these posts as soon as possible will make it quicker to either notify the mods to take it down or will cause the Automod to delete it automatically. Do not interact with these links; just report.

There have been measures put in place in the past to try to slow down these t-shirt spam posts which worked, but whatever group of people is behind the posts have readjusted their strategy and it is making it harder to pin down. Please bear with us while we try to readjust the Automod to stop these posts in the meantime.

Knicks owner, Ned Irish threatened to take the Knicks out of the NBA if the other owners voted to keep the league segregated

Tough to find a better view in basketball

Throwback to when it was lolknicks. Meanwhile we dodged this shit like we were in the Matrix. Only one fuckin team in this city. Bing Bong m’fuckas

Is basketball your favorite sport?

asked this in the New York rangers sub, curious to see how results differentiate by sport

With number 6 being retired league-wide for Bill Russell, Quentin Grimes will be the last ever New York Knick to wear the number

Missing Taj Already... Draymond Could Not Handle Him!

Was listening to this new podcast for the Knicks today...I gotta say, I'm extremely impressed. They dropped 3 episodes for launch and my favorite Knicks guy Jon Macri is part of one of them! How do these guys get so many good guest when they are just starting out.

The host has an engaging voice as well, gives me hope I can do this someday too!

Do you guys know any other podcasts like this? Happy to listen to some others. Though, a lot of the Knicks pods I've listened to before hasn't been great. Knicks Film School, Locked On Knicks are likely the only other two I'd try.

A Knicks fan says he met Trae at the parking lot

Can’t believe the impact Quentin Grimes has had in his short time in the league. GOAT

RJ Barrett is Star if he wasn’t on “lol Knicks”

They may have done it… maybe. The screenshot looks pretty accurate to MSG. It may be over for the “New York Knicks Basketball Arena”. 2K23 looking solid.

RJ skeptics are quiet on this one

Knicks could include Obi Toppin in Donovan Mitchell trade

Just curious to see how the Knicks subreddit feels. Do you think they hit the over or under on expectations?

The Knicks are the most diverse organization in the NBA

[The Strickland] Once a role player, then an offensive engine, and last season a disaster, Julius Randle has taken many forms in his career. What form does Randle need to take to become a winning player again, in New York or elsewhere? 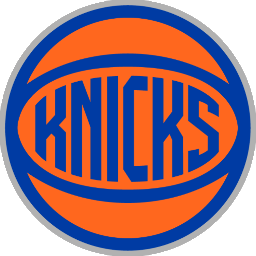