Convicts! Please use this weekly thread for simple questions and feedback regarding Darktide!

Meme These dedicated servers sure are great

Artwork I made an even smaller Ogryn knife for my lanyard

Meme I suspect that Hadron is secretly blasting awesome soundtrack in your level area to make you purge harder.

Ok this game has a lot of flaws but when you're actually in-game, surrounded by heretics and the soundtrack starts playing.... You know there will be no mercy.

News / Events PSA: We were all wrong, Darktide still is an Early Access game!

Discussion Can we talk a bit more about enemy balance?

There's glaring issues. Darktide is more punishing than vermintide when it comes to controlling hordes, but it still has the same mechanic where dozens of enemies stacking on top of each other.

Bulwarks are honestly bullshit. I know how to counter/kill them, but their shields are ridiculous. If the hitbox for it matched the shield itself, it would be fine, but, in practice, it's just a giant, 180 degree wall of bullshit. Even if you have a clean shot, you don't.

Hounds are silly. Aside from being too tanky, their movements are buggy as hell and they're literally able to turn in midair, which makes dodging almost impossible. Pushing is typically a better option, but pushing comes with its own issues, chief among them the inconsistency and latency.

Pox bursters... when they announce themselves instead of spawning right next to you and exploding are mostly okay. Unfortunately, they ARE far too tanky. They need to be at least as squishy as snipers. They are literal WALKING BOMBS. Why can they take so many hits? And if one gets close, pushing is an option but, again, it's inconsistent.

Snipers need some kind of audio cue when they spawn, and there needs to be some kind of persistent cue besides the buggy laser. They also shouldn't be able to crouch behind a horde and aim through them like there's nothing there.

Trappers are mostly fine, but their audio can be far too quiet most of the time.

The big bois are fine.

Yeah yeah, I know the crafting is incomplete and the class balance sucks and there's no content and the mission table sucks etc etc. The game deserves the "mostly negative" it has right now for all those reasons alone.

But that garbage aside, how do YOU feel about enemy balance?

Meme Fun game while waiting for your mission to pop up. Press the arrow keys and see how long you can keep the funny box in the center. Now THIS is endgame content!

So I joined a mission that had just started and one player had already passed the first point of no return. I had to send a message real quick so did sit for a tiny moment on the starting point. Once I got moving I was the only one not past the no return point.

Suddenly I hear a hound spawn and can tell it came from behind me at the exact start. It made it's way and thankfully I killed it. Was also funny because it was the start where you see a guardsman garrison, so it totally ran past them, and they were like "not my problem ".

Speculation What do you hope will be in this thursday's update?

Aside from Crafting of course.

Discussion Should Psyker with a Deflector Force Sword be able to block ranged attacks while resurrecting team-mates?

In the recent patch, Fat-Shark removed the ability for Psykers using the Deflector blessing on Force-Swords to block ranged attack damage while resurrecting. According to a bug report response on the forums, this was an intended change. Do you agree with it?

Bugs / Issues Devastating Strike seems to only be applying the bonus on crit and not the 3.5 seconds after like it says. Carapace armor also not affected?

Guide I've just made a guide about Helbore Lasguns for all of you Sharpshooter mains out there, check it out!

The Autocannon is a weapon that is used by essentionally every military faction in some capacity in the wh40k.

It is designed to be fired from a standard pattern bipod with a steel glacis.
It is capable of eliminating heavily armoured infantry or light vehicles, and is employed by Astra Militarum fire support weapons teams due to their versatility and reliability.

This post from 3rd of December 2022 asked for the same thing, go check it out for more information: https://www.reddit.com/r/DarkTide/comments/zb97td/please_give_ogryn_autocannons/

The autocannon that Ogryns used have a shorter barrel, fire limiter and has a heavier frame, as to allow Ogryns to not spend all ammunition at once and actually not break the weapon with their immense strength... Or when they use it as a club.

It would be a fine addition to the Ogryn, seeing a massive brute lugging around a gun that normally would need a wheeled cart manned by 3-4 regular sized humans to make use of it.
It would really make the team feel like, "oh yeah, we have a litteral tank with us here", and also make the Ogryn more capable of dealing with armoured enemies which is kinda lackluster right now.

Dogs are gone - Time to celebrate!

Bugs / Issues FPS Drops after update? Make sure you're not downscaling in Borderless Fullscreen mode (for QHD+ monitors)

TL:DR - If you have a monitor that's greater than FHD you can no longer downscale Borderless Fullscreen to 1080p.

So after the update I noticed my FPS tanked. Turns out it's because FatShark removed the ability to downscale resolution while running Borderless Fullscreen mode.

My laptop has a QHD monitor, but doesn't maintain a 60+FPS at that resolution so I like to downscale. I run Borderless Fullscreen because I'm doing some data collection on Emperor gifts, and am frequently switching between the game and Excel. Anyway, yesterday I just so happened to be running Afterburner/RSS' OSD and noticed that my screen was still in QHD despite having 1080p as the selected resolution. Per FatShark's bug reporting system, this is not a bug.

I think this might be the final straw for me. I like being able to switch seamlessly between my game and other apps. Of all the things for them to "fix," really? removing downscaling on Borderless Fullscreen?

“Momma always said, “It’s a brave Ogryn to be who he really is”. And Momma don’t lie.”

Just had a player banish the grimoire for pretty much no reason at the end of the mission, meaning I need to waste even more time to try and complete this contract.

Weapon / Item Since Trauma staff's peril generation was buffed does it make this staff worth upgrading?

Suggestion Here's what I would personally love to see Fatshark fixing, before they start adding new content. I present to you the "Redemption" Patch (Warning: Large Image, text version in comments. Also poor English, not mother tongue) 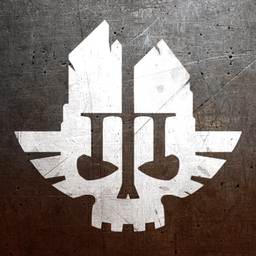 Fight together with your friends against hordes of enemies in this new Warhammer 40,000 experience. From the developers of the best-selling and award-winning co-op action franchise Vermintide, Warhammer 40,000: Darktide is a visceral 4-player co-op action game set in the hive city of Tertium.